Give a Shake to Money
Expert Examination

The energy company was declared bankrupt. Creditors were dissatisfied with the work of the bankruptcy receiver and filed a lawsuit with a court to declare his actions as illegal. Before that, they applied to Veta experts for a study of the company's operations. The experts proved that the receiver was operating inefficiently: he merchandised energy to affiliates at low prices and flogged key assets. As a result, the company had practically no profit, although there were grounds for gaining it. The court found for the claimant.

In 2016, the commercial court declared the energy company bankrupt. Over the next year and a half, the bankruptcy receiver of the company increased new obligations instead of paying off old debts. Dissatisfied with his work, creditors filed a lawsuit: they demanded that the actions of the receiver shall be recognized as illegal, ineffective and leading to losses.

Creditors applied to Veta expert group for a reasoned justification for their position in court.

They asked to prepare an analysis of the thermal energy and electrical power market for the period of 2014-2016.

What did the experts face?

For the experts it was difficult to conduct the study, since the bankruptcy receiver concealed some of the materials for analysis. In particular, he failed to provide the required primary documentation.

The analysis was based on the study of those materials that were in possession of creditors. The impossibility of conducting a full and comprehensive study did not prevent the experts from obtaining reliable findings, which the court recognized as evidence in the case.

How did the experts conduct the study?

Despite the existing difficulties, the experts managed to determine the ‘value’ of the deals concluded for the company and appraise the reasonableness of the manager's actions.

What the experts made:

Thus, purchase-and-sale deals were carried out on non-marketable terms. Both assets of the company were strategic: using them the company received fuel and sold electricity.

What is the result?

With the help of examination, creditors have achieved the following results.

At first, the court accepted as evidence the findings stated in the expert opinion and recognized that the bankruptcy receiver acted in bad faith and inefficiently.

In the second place, the availability of a pre-trial study became the basis for the refusal to conduct a forensic examination by the official receiver.

In the third place, thanks to this, the creditors achieved their main aim: the official receiver applied for his removal from the post. 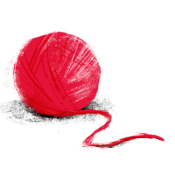